Why Java Is Highly Suitable For Mobile Applications? 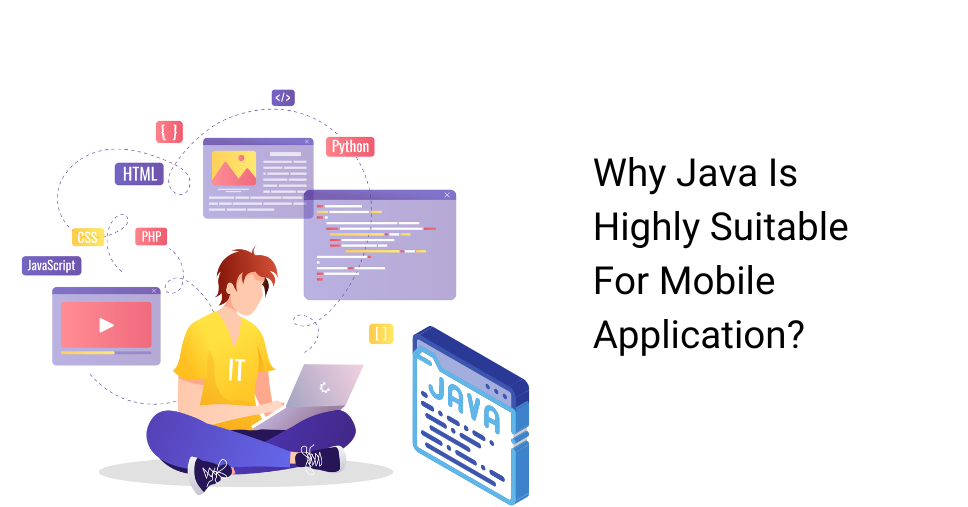 There are many benefits to developing a mobile app in Java, which is one of the most popular languages for creating such applications. For one, the language supports OOPS concepts. Which makes it easier to write modular apps. Java also has a rich library of default design patterns and best practices that make it easier to create mobile applications. Another benefit of using Java for mobile application development is that it is platform-independent. Which is not a common trait of other developing languages. Its OOPS design patterns and features make it highly adaptable to the needs of a mobile app.

What Is Java Development?

Before you decide to invest in any development project. You should know exactly what the basics are. The Java Development Kit is a distribution of the Technology that implements the Java Language Specification and the JVM. Which is the standard implementation of the Java Application Programming Interface. The Java Virtual Machine is the core part of development. And this technology has become a popular choice for software developers. To learn more about development, read on!

A Java Developer must learn how to develop and test programs in this programming language. He must learn how to understand the various aspects of the programming process. It includes the environments in which the code runs. The development process takes several stages. And the Developer must work closely with the Senior Developer or Project Manager. During this stage, discussions will probably revolve around the course of action and prioritization of tasks. Then, he or she must begin writing code. The Java Developer will follow a set of steps to create a complete program. Most of these steps are carried out in sections of code, or features.

Learning Java development can be a great way to get started in a new field. Getting started is free, and the advantages of learning this programming language are numerous. Java is also very popular among large organizations and individual programmers alike. In addition, if you are unsure about what the best way to learn Java is, there are many good Java application development companies that can help you get started. The benefits of Java development are many, and the future is bright for this language. Java offers high speed, flexibility, and excellent cybersecurity, making it a great choice for many different types of applications.

Another major advantage of learning Java is that it is easy to learn and use. Hire mern stack developers who are so popular, that new versions of the language are released frequently. This makes it easier to develop applications using Java, saving the client money and time. Another benefit of learning Java is that it uses object-oriented programming, which allows developers to reuse code. This increases efficiency and decreases delivery times. Finally, Java can be used in distributed computing, making it more efficient than other programming languages.

When it comes to developing software, Java stands out as the best programming language available. Its versatility allows it to be used in simple web solutions, complex multithreaded solutions, and dynamic web solutions. When it comes to hiring Java developers, India is a great option. These developers have advanced knowledge of the Java Language and software design advances. It also saves you money by offering lower rates than other countries. Listed below are some reasons to hire Java developers in India:

When you need a custom-built application, you can hire an Indian Java developer. While you may be considering hiring a Java developer. Keep in mind that cultural differences and business ethics can lead to mistakes, delays, and even failure. For example, Java developers in India may not question a client’s requirements or offer other methods of product development. This lack of transparency may cause miscommunication and unresolved issues, which can affect the quality of your final product.

How Java Is Useful For Android App Development?

If you’re new to Android development, you may be wondering how it can be helpful. If so, you’ve come to the right place! It’s a popular programming language used to create Android applications. Its core features, object orientation, platform independence, and easy learning make it a great choice for Android app development. This article will cover some of the most common reasons for using Java to develop Android apps.

One of the most prominent advantages of it is its object-oriented programming (OOPS) capabilities. Hire nodejs developers India who allows developers to create multiple threads, which increases the size and complexity of the programming codebase. The language also comes with a robust library of default design patterns and best practices. Furthermore, Java’s open-source nature makes it easy to reuse code and build modular projects. Using it for Android app development allows you to take advantage of all of these features and more.

Can Java Be Used To Make iOS Apps?

In today’s market, iPhones are the pinnacle of consumer electronics, but can Java be used to build iOS apps? In the last decade, several projects have tried to bring to the iPhone, including RoboVM and Gluon’s Eclipse plug-in.

Although Apple previously prohibited Java for iOS devices, it has since reversed the policy. Today, it’s the language of choice for Android app developers, thanks to its powerful security features. Java is also widely used by other development platforms. It includes the web, so porting an existing iOS app from Android is a snap. You can even use an open-source version of the language, called OpenJDK, for developing iOS apps.

Java has become an extremely popular programming language that has gained the trust of millions of programmers worldwide. Because it is open-source, it is compatible with a large number of operating systems and allows for full platform independence. In addition, it is also very flexible, making it easy to develop applications that are compatible with many different platforms. The benefits of development are many, but the best is undoubtedly the following

In addition to its broad scope, it is also used in numerous other industries and technologies. Uber, Pinterest, Spotify, Netflix, Airbnb, and Google all use Java. Its widespread usage has made a popular choice for major corporations. The job outlook for developers is very good. This programming language has the potential to become one of the most valuable software professionals in the world.

Experienced developers and architect developers typically command higher salaries. They have extensive knowledge of the entire software development life cycle. It can provide technical leadership for team members. In addition, entry-level developers tend to need more guidance from team members and are less effective. As with any programming language, the level of theoretical knowledge and practical skills will affect the salary. Experts must also be constantly training and re-certifying to stay current with the latest technology and trends.

Java is compatible with nearly any type of computer, from desktop computers to large mainframes to mobile phones. Banks, retailers, manufacturers, insurance companies, and utilities use Java. Java developer Steve Zara says that Java usage is growing, not declining. In fact, it is becoming more robust. It is a language that is easy to learn, secure, and versatile.

The language also has a large developer community. Its 25-year lifespan means that a large number of developers have built applications, libraries, and frameworks with it. This means that developers can create impressive applications in less time. With this kind of community support, developers can get help from other developers and get the latest updates on their projects. You can benefit from e-learning solutions which the vast knowledge base of developers, so that you can take advantage of its capabilities.

Java is a widely-used programming language, which is why it has become so popular with Android developers. Software development outsourcing has earned it a place in the Developer community, and it has made significant contributions to the IT world. However, despite its popularity, new languages like Kotlin have emerged as viable options for Android app development. However, it will take some time for to catch up with Kotlin.

Kotlin has many advantages over, and it is fast becoming the second official language for Android app development. However, Kotlin also has its disadvantages. Kotlin is more lightweight, cleaner, and less verbose than Java. It also addresses many of the shortcomings in Android API design. It’s not yet clear whether Java or Kotlin will be the preferred language for Android app developers, but its popularity is growing fast.

What Is Java Core Functionality?

Xcode is Apple’s official development environment for the iOS platform. It is suitable for new and experienced developers alike. Although you can use to create iOS apps, it’s best to stick with Objective-C and Swift for cross-platform development. The downside of using to build iOS apps is that it’s a bit more complex than other programming languages.

Although many people proclaimed would be dead, it’s alive and well. Updates to core functionality don’t get much attention in the developer community, but it’s still one of the most popular programming languages for mobile development. In addition to Swift, it’s a safe, intuitive language to use for iOS app development. It produces software that runs extremely fast. So, you’ll have to decide for yourself which programming language best suits your business needs.