What Does A Full Stack Developer Do? 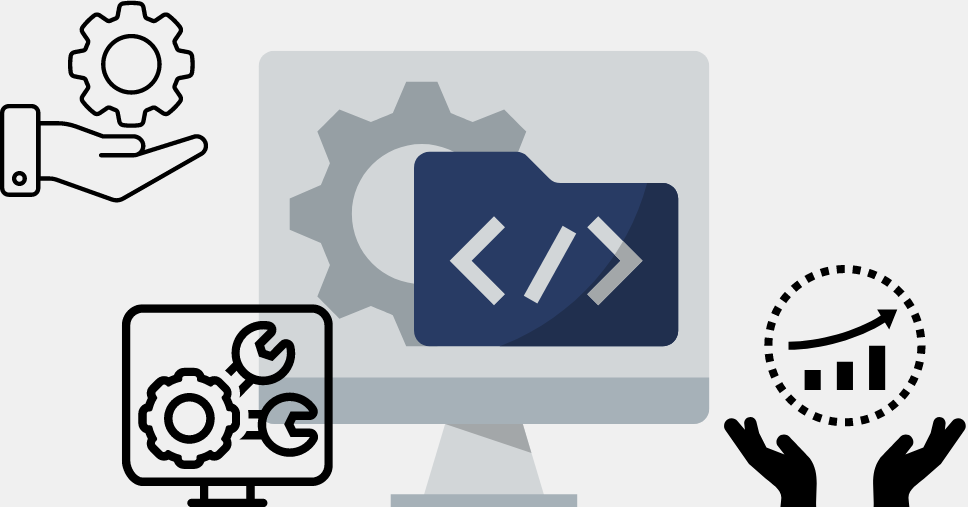 When you’re looking to build a new website, you might be wondering. What does a Full Stack Developer do? A full-stack developer has many skills, but he’s most often involved in both front-end and back-end development. This person usually has at least three years of experience. but it can vary from company to company and project to project. Below, you’ll find a list of some of the most important responsibilities of a Full Stack Developer.

Full Stack Developer Does Design And Development Of Software

A Full Stack Developer is a skilled professional who works across several areas of software development outsourcing. They must learn multiple languages and frameworks and have experience with a variety of web development tools. This article will provide an overview of the skills that a Full Stack developer must-have. Read on to discover the most important tasks that a Full Stack developer should perform. Listed below are a few of the most important responsibilities.

A full-stack developer is a valuable addition to any team. The role entails integrating various technical components to create a cohesive system. They must also have excellent communication and interpersonal skills. As they will work with a variety of codes. Attention to detail is essential when working with code. Many successful Full Stack developers also employ creative thinking skills. It results in highly functional and visually appealing software.

When a developer creates software, he or she must understand how Testing And Debugging Software works. Debugging is the process of finding bugs in a system, and fixing them. It helps the developer identify errors earlier and interpret data structures correctly. This process is essential for a developer who works under high pressure. This process helps developers avoid unnecessary code and reduce useless information. It also avoids creating complex one-use testing code.

When a developer is testing software, the user experience is the first consideration. Poor-performing software will not keep the user, and they will probably leave. As such, developers should prioritize errors based on their impact on the user. A risk assessment matrix helps them determine the priority of each bug. Then they send the fixed defects back to the testers for testing. After all, the developers don’t want to spend their time fixing bugs if the testers can’t find the problem right away.

Write Code For The Front & Back End

A full-stack developer is a mix of front and back-end developers. They are good at both the front end and back end. These developers are knowledgeable about database technology and front-end languages. And they understand the perspective of users. Some people also specialize in a combination of both front and back-end development. Such as the AngularJS framework. Full-stack developers are also known as “jacks-of-all-trades” developers.

When designing user interfaces for the web, keep in mind that people are aware of opportunities to interact with interactive media. It is essential to avoid developing hidden interactions because these decrease efficiency, usability, and user experiences. You should never force users to guess how to use a product or service. Instead, give them the confidence and control they need to accomplish their goals. Here are four tips to keep in mind when designing user interfaces for the web:

First, start with research. The more data you have, the more valuable your product or service will be. Besides, you can engage the services of a business analyst or a UI/UX designer. After research, you can proceed with ideation and prototyping. During the prototyping phase, the design team generates ideas and possible solutions. Once they have the right idea, they can create a prototype.

Focused On The User Interface

Consider mobile compatibility. Mobile apps work in a similar way. A mobile application is a mobile application, while a web application is designed to interact with users on a computer. In addition to interacting with users on a computer, mobile apps are typically designed for mobile devices, including smartphones and tablets. They are often accessed through a network, without the user having to install anything. This means that users can use web apps without having to download any software to their computers.

While UI UX design is focused on the user interface, UX design focuses on the entire end-to-end experience, which includes visual touchpoints. UX designers consider these aspects when designing a product, including color palettes, fonts, and click buttons. You can use UI/UX principles to help create an engaging and user-friendly website. They will be able to achieve the goals you’re trying to accomplish through your product.

Graphic designers specialize in the creation of visual solutions for different audiences. They use fonts, color theory, and image composition to create designs that appeal to their target market. These designers may also work in agencies or in company marketing and creative departments. However, if you are looking for a professional to create a logo or a new feature for your website There are a few things that you should know about them.

Front End vs. Back End vs. Full Stack Web Developers

There are many differences between Front End vs Backend versus Full Stack Web Developers. Before choosing a career path, it is important to decide what you’ll be doing with your web development skills. In addition, remember that a full-stack developer will be able to handle any part of your site, from back-end development to front-end development.

While the two types of developers have their own specialties, they are highly similar in their roles. They both use different kinds of technologies to create a visually attractive and functional website. Full-stack developers can build both kinds of sites and blend them to create an entire web solution. They will need to know where the logic should reside. Front-end developers can focus on the visual aspects of your website, while back-end developers are often responsible for integrating APIs and payment processing systems.

Front-end developers work to bring visual designs to life and ensure that they function correctly. They also create static websites that have fixed content and can be used for simple business websites or landing pages. These websites can be complex and feature-rich and will require a large amount of coding. However, you’ll likely be able to find a good front-end developer at a Full-Stack Academy, based on their portfolio of work.

Responsible For Designing And Developing

In addition to coding, a Full Stack Developer is also required to have knowledge of databases, such as MongoDB, SQL Server, and Oracle. They must also be familiar with CI/CD, and continuous delivery. In addition to technical skills, they must have the necessary soft skills, such as good communication, time management, and creativity. They must also be familiar with various technologies, including React Native and Kotlin.

Full Stack software developers are critical to the success of any business. They have the opportunity to work across many departments and disciplines, contributing to the overall mission of the organization. While they might be responsible for designing and developing the most efficient search tool, they have the ability to identify and implement missing pieces in existing features. With the right skills, full-Stack developers can move up and down the stack with the mindset of a hackathon. They can sprint towards a minimum viable product that will impress their team and company-wide stakeholders.

A full-stack developer must consider the point-of-view of the consumer when creating an application. That’s why they need to be familiar with UX components. This means they should have experience with databases and answer queries clearly. They should also know how to structure codes from a business perspective. It includes data presentation and collection. Whether a business is developing a website or a mobile app. A full-stack developer must have the necessary expertise to develop a fully functional application.

A full-stack developer’s main role is to support project management. It includes analyzing the requirements of an application or website. As such, they are often responsible for planning, scheduling, and testing software. Full-stack developers also troubleshoot systems and complex projects. Unlike a typical developer. A full-stack developer can utilize multiple programming languages and combine front-end and back-end development. In addition, they can also act as consultants for other developers or departments.

Strong Understanding Of The Source Code

The difference between the front end and back end is primarily the language that you use to design the front end of an application. In the front end, you create everything the user sees on a web page. We provide the best mern stack development services also. Your job as a front-end developer is to make sure it looks good on all devices and browsers. The back end, on the other hand. It is the portion of the application that the user does not see. Developers in the back end focus on the logic behind the site, building servers, and working with APIs. SQL is the database administration language that allows developers to interact with databases. There are relational databases and non-relational databases.