What Are The Ways Of Ethereum Development? 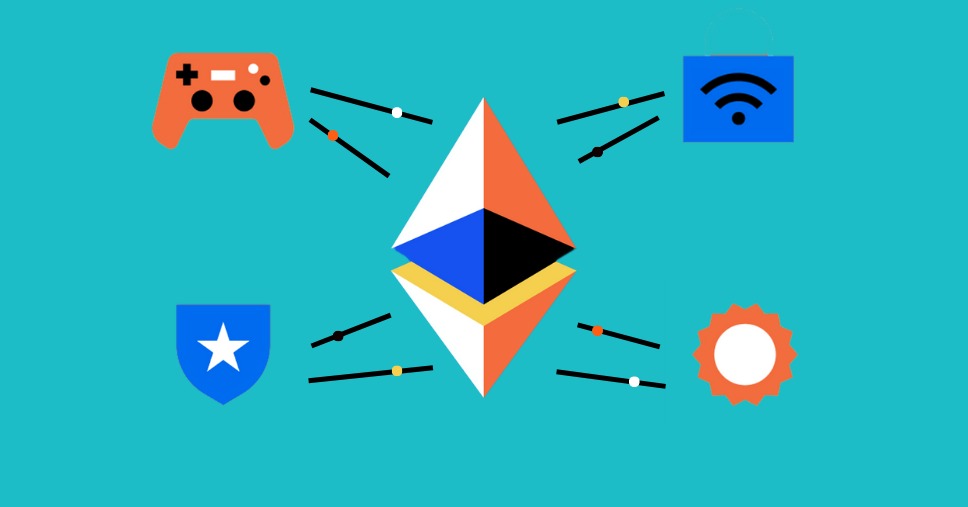 Blockchain technology has caught the interest of almost everyone. Whether you are new to the concept or a longtime Ethereum user, you have probably heard of Ethereum. Ethereum is a promising platform that allows developers to easily develop smart contracts.

The simplicity and support offered by Ethereum make it a favorite among developers worldwide. To understand how Ethereum develops smart contracts, it helps to know how it works. The concepts and syntax of Solidity are similar to those of JavaScript and C.

Ethereum Is A Decentralized Global Platform

Blockchain technology is constantly advancing, and there are numerous ways to use it. Ethereum is a decentralized global platform, which means that code can control money.

One of the most important parts of Ethereum development is the creation of smart contracts. These are computer programs stored on the blockchain and executed when certain conditions are met. Besides being decentralized, smart contracts allow for privacy and freedom from third-party interference and fraud.

With these advantages, it’s no wonder that they are the most popular blockchain platform today. It’s important to note, however, that the technology isn’t perfect. In addition to being robust, Ethereum has some limitations that can be a pain to implement.

How Do You Make A DApp On Ethereum?

A DApp is a software application that runs on the Ethereum blockchain. Unlike traditional web applications, dapps don’t have automated processes. Instead, they have a UI component that lets people interact with the underlying Ethereum network and smart contract.

To build a UI component, developers should write the application in JavaScript, which can be run in browsers. JavaScript is commonly used to develop traditional SPAs.

A dapp’s backend is a smart contract written in Solidity, a high-level object-oriented language. The frontend, or the software application that runs the dapp, connects to the Ethereum network and executes portions of the smart contract code. This process is known as “concurrency integration.”

What is Ethereum Dapp?

An Ethereum dapp is a type of application built on the Ethereum platform. It combines a smart contract with a front-end user interface. Smart contracts are transparent and open like APIs. Ethereum provides the tools and infrastructure for any kind of smart contract.

An Ethereum dapp executes on a distributed blockchain without a central server. Because they’re distributed, they are secure and safe to use. Users pay fees to use the Ethereum platform, but these fees are called “gas”.

An ethereum app development company works by directly interacting with the Ethereum Blockchain, which is a decentralized, end-to-end network. This means that an application that’s built with Ethereum doesn’t depend on centralized servers or even use money. It’s entirely decentralized and relies on the logic written into its smart contracts.

A number of advantages exist for the decentralized platform, but one of the most important is that it is free of censorship. In contrast to Twitter, which can remove offensive tweets in the blink of an eye, Ethereum-based social media platforms require a vote of the community to censor content.

This prevents bad actors from gaining control of the platform. In order to change the system, someone would have to control 51% of the entire network, which is much more difficult than it would be with a simple server.

Another benefit of Ethereum is the ability to develop smart contracts. Smart contracts are computer code that govern transactions on the Ethereum blockchain. The code defines the asset being exchanged. The asset may be currency, property, or some other type of asset.

For example, a smart contract for payment may define a specific amount and automatically execute a payment when conditions are met. By implementing smart contracts, companies can save a tremendous amount of time and effort.

A dapp is typically built using smart contracts, which are decentralized programs that allow users to execute certain actions automatically. Unlike traditional software, smart contracts can be implemented in just about any industry, including healthcare, finance, and many more.

To create a DApp on Ethereum, you must first create a smart contract. You’ll need a contract application library interface (CLI), and the contract address. For more information on ABIs, see the web3j documentation. For Remix IDE, open the “ABI” section. Click on the “ABI” button and you’ll see an example of how it works.

Smart contracts are designed to carry out instructions without the help of a middleman. These contracts also have the advantage of being immutable, so they’re secure and decentralized.

The blockchain, meanwhile, provides a secure database for storing information. This allows developers to create decentralized applications that users can access with zero downtime, interference, or fraud.

In addition to developing cool applications, Ethereum also helps businesses and individuals exchange Ether, allowing them to settle contracts, create decentralized organizations, and even build their own applications. If you’re wondering what Ethereum Dapps are, read on!

How To Make Use Of Ethereum?

Ethereum is a software platform that runs on the blockchain. Its currency is ether, which is used for transactions and for inter-platform interaction. Investors and developers are the primary users of Ethereum. While Bitcoin was primarily designed to do one thing, Ethereum was designed to do many.

Here are some of the features of Ethereum. To use Ethereum, you must first learn how to buy ether (ETH), which is the cryptocurrency used for Ethereum transactions.

Unlike other cryptocurrencies, ether is also a digital asset. It acts as the base for smart contracts and other applications. Moreover, ether can be used as currency with a variety of wallets. In addition, there are a variety of cryptocurrencies that use ether as the currency.

Some of these coins are non-fungible, web application developers in India representing ownership of unique items. These cryptocurrencies are gaining popularity and are forming the basis for many new applications.

How To Use The Ethereum Development Blockchain?

One of the hottest topics in cryptocurrency today is the question of how OriginStamp uses the Ethereum blockchain. This new append-only ledger makes it possible for digital assets to be securely time stamped to prove that they existed at a certain time and had not been changed since then.

While this process has several disadvantages, it has the potential to make the service much more affordable and environmentally friendly. OriginStamp does this by applying the Merkle Tree concept to its bundle hashes.

Ethereum is a growing platform with numerous applications. In April 2021, Ethereum will be the second-largest blockchain after Bitcoin. With a few years, it could surpass Bitcoin, and even be larger. If this happens, Ethereum could even be adopted by Google, Facebook, and other major organizations.

It has a wider range of applications than Bitcoin. Therefore, it is vital to keep an eye on its progress. Ethereum is a distributed computing platform based on the underlying Ethereum crypto currency.

It is used to develop smart contracts. Smart contracts are programs that execute transactions among several parties, such as cryptocurrency exchanges.

Ethereum can be used to power decentralized applications and facilitate new ones. It also helps facilitate the development of new types of cryptocurrencies. It is a widely accepted medium of exchange for digital assets. But more than that, it is also used to make a secure platform for online shopping.

The Ethereum blockchain is a database that records the history of smart contracts. This blockchain is maintained by a network of computers called nodes around the world. These computers are connected and follow the same rules to verify transactions.

It also allows businesses to transfer money without any fees. However, it can be expensive and users can move on to other blockchains as their needs change. So, how does OriginStamp use the Ethereum blockchain?

Stability & Popularity Of The Ethereum Blockchain

Throughout its history, the Ethereum Blockchain has undergone several planned protocol upgrades, including changes to the incentive structure and underlying functionality.

The Ethereum Blockchain is a decentralized application platform that allows users to use the platform to earn stablecoins. Stablecoins are cryptoassets that are pegged to one US dollar.

This stablecoin is prominent in the MakerDAO lending system. Each time a user takes a loan on the MakerDAO, another DAI is created. These self-executed smart contracts control the creation and burn of DAI, maintaining the price of the stablecoin at a one-dollar level.

One of the major benefits of Ethereum is its decentralized nature. Anyone with a computer can set up permanent, decentralized applications. With this, users can interact with one another without requiring any third party to complete transactions.

Many of these applications are focused on providing financial services without the typical middlemen. These applications can even circumvent international financial sanctions. While many new cryptocurrencies are developing their own blockchains, Ethereum has been the most popular so far.

Despite its popularity, the Ethereum Blockchain is criticized for high transaction fees. While Ethereum is far more advanced than Bitcoin, it still faces some problems. With its Ethereum 2.0 upgrade, the developers hope to overcome these problems.

However, there are many risks associated with investing in cryptocurrencies. It is best to check the stability of your chosen blockchain before making a decision. There are several reasons to be wary of the Ethereum network.

Unlike other currencies, Ethereum uses an open protocol, which requires no central server. Instead, a network of computers known as nodes can operate independently. The network itself cannot be attacked because it is made up of thousands of nodes.

Ethereum development uses a computer called the “Ethereum Virtual Machine,” which runs on a distributed network. Nodes have a copy of the code and verify the transactions. In this way, the Ethereum network remains free from attack and the user has full control over their data and apps.