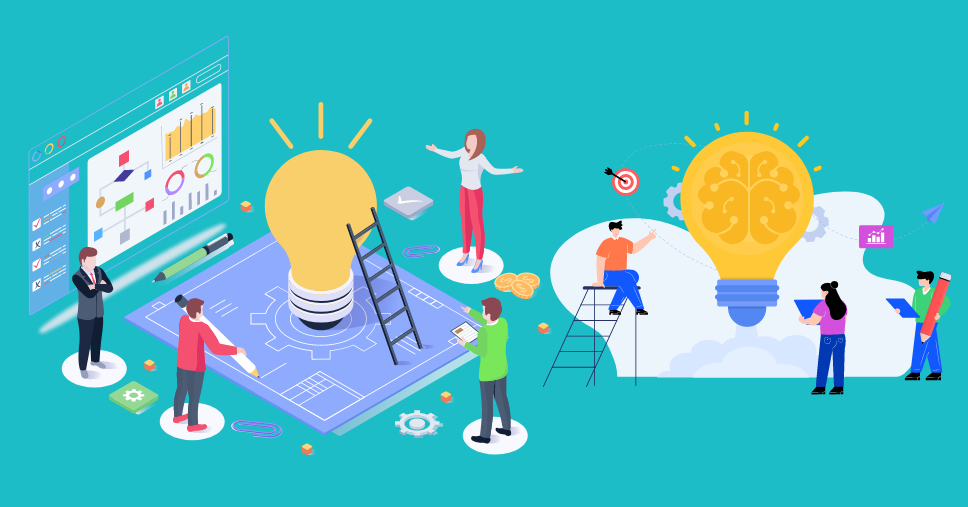 If you’re looking to outsource technical services from India, you can find top-quality NodeJS developers through NodeJS development companies. These IT development companies offer high-tech IT development services. Full-service IT companies have the ability to deliver projects much faster than freelance developers can. And they use different tools and technologies. This will save you both time and money. If you need a NodeJS application developed, hire a full-service IT company.

There are numerous benefits to Node.js, but it has some downsides, too. First, there are many languages and frameworks to learn. This makes it challenging for beginners to learn them all. Node is also not the only single-threaded framework available. It is important to compare alternatives to understand their strengths and weaknesses. ExpressJS is a more straightforward solution that makes the working process easier.

It is a single-threaded event-based programming model that allows for multiple tasks to run at once. Because it uses JavaScript to communicate data structures. Developers can write the server-side application in the same language as the front-end. In this way, developers don’t have to write code in a separate language or hire separate people for the back-end and front-end.

How to find the best Node.js Developers?

When it comes to hiring a Node.js developer, you can’t just choose any random person who comes across your website. You should focus on how experienced and skilled they are, along with their tech expertise. Read their portfolios and look at their case studies. Node JS applications need to be built using similar technologies and challenges. Case studies can also help you see how a team approaches a problem, so you’ll know whether they’ll be a good fit for your project.

Using job boards is a great way to reach a large number of software developers, but you might end up getting hundreds or thousands of applications. You can also actively search for candidates on social media sites like LinkedIn. Developers often post their experiences on blogs and freelancing platforms. These are great places to find top-notch Node.js developers, but be prepared to sift through hundreds of applications.

Which One Is Good For Web Development Nodejs or Django?

Depending on what you are looking for, there are many advantages and disadvantages of both Nodejs and Django. Both frameworks are very fast and easy to use. But the benefits of Django are that it is easier to customize than Nodejs. Nonetheless, it is important to keep in mind that Django is cheaper and faster to implement.

Node Js provides better performance and security than Django. The downside is that it requires a lot of time to develop a project and has security flaws. On the other hand, Django is easier to learn and more flexible. Django also follows a model template view. We provide web and mobile support and maintenance offshore node.js developers dedicated team experts develop. Although it’s not as easy to learn, both frameworks offer great performance and flexibility.

Is NodeJS Used In Frontend Or Backend?

Is NodeJS Used In Frontend or Backend? It’s a question that’s worth asking when embarking on a new project. Many people are surprised to learn that the answer varies greatly depending on your project. Before deciding, consider the pros and cons of each. NodeJS is a great choice if you want to save money on server resources and avoid OS lock-in.

NodeJS is a cross-platform open-source runtime environment that executes JavaScript code outside of a browser. While JavaScript is an excellent programming language, NodeJS is primarily used for backend services. This is because a web application’s backend uses NodeJS to create the interface between the front-end and server-side code. Using NodeJS for back-end development allows you to build an interactive website without worrying about the front-end.

Best Use Of Node.js

Node.js is used all over the place when developing web applications. Besides the web, you may also come across Node in other tools and languages. Here are some tips to make the best use of Node.js in web applications:

The Node JS framework is open-source and cross-platform and executes JavaScript code on the server-side. Node JS has many advantages over other server-side scripting languages, including that it is lightweight and efficient. Its event-driven, non-blocking I/O model makes it ideal for web-based applications and distributed devices. Our industry verticals work on your projects dedicated node.js developers node.js programmers. Depending on your project, Node can be used for real-time, networked applications, or even for high-traffic websites.

Hire nodejs developers india is compatible with modern frontend libraries and is highly scalable. It leverages the Chrome V8 engine and executes instructions asynchronously. It is lightweight, which means it doesn’t hog resources. The most common use of Node JS is API-driven and high-IO applications, such as web services. The JS framework also supports REST and GraphQL, which are two common interface standards in modern web development.

Can We Develop An Android Application Using Node.js?

If you’re wondering, “Can we develop an Android application with Node.js?” then you’re not alone! Android is currently the leading mobile operating system, with over 1.5 billion monthly downloads. It’s also considered the best OS for building custom apps, with its market share projected to reach 87% by 2022. This platform targets not only mobile devices, but also PCs, set-top boxes, smartwatches, and cars. And it’s eyeing the future of smart appliances, too.

In order to use React Native, you need to set up certain environment variables. Firstly, you need to enable the React Native framework and also get dedicated node.js developers, node.js programmers devops engineering services. This framework loads a tree of React components and transforms them into native UI. React’s StyleSheet class styles the UI of the application, similar to Cascading Style Sheets (CSS) on the Web. This way, you don’t need to set up a separate application for each device.

For Android, React Native is a cross-platform framework created by Facebook. It offers full access to the Android platform and native UI controls. You’ll need an Android device to run React Native applications. Or you can use the Android Virtual Device emulator. But be sure to install the latest version of the Android SDK and JavaScript. Then, get started! You’ll soon be on your way to making a mobile application with React Native.

After installing Android Studio, make sure you have installed the required libraries. Then, open the System Properties window and find the environment variables. In this window, you need to choose the path where Android Studio will store the SDK and the project. After that, select the MyReactNativeApp project directory. When you’re finished, click “Next” to install the rest of the components.

What Are The Benefits Of Node.js?

Node.js has numerous benefits. First of all, it is an extremely fast and easy-to-use framework. Node also scales well as your traffic increases. The single-threaded nature of Node makes it very useful for building fast and immersive mobile health applications. Node’s scalability is an additional benefit for fast mobile app development. These advantages make node.js a better choice in a fast-moving mobile environment.

Node JS’s TypeScript compiler makes coding easier and faster. The compiler shows any errors and pitfalls before saving the code, which cuts down on the work for your team. Compiling code ensures compatibility. It’s not a hard language to use, but it does have its advantages. The speed of Node JS is a big benefit, but it isn’t the only benefit.

Hire nodejs developers india will be native English speakers. This is important for international clients, as English is the second-most-spoken language in India. In addition, Node JS developers work in specific time zones. It is meaning that you’ll never have to wait until the middle of the night to get an application built. This means that you can be sure your Node JS developer will have the right time and skill level to make your product a success.

They are skilled at integrating database operations and application functions. It also adept at improving security features in web applications. They can also help you write application codes. You won’t have to worry about finding bugs or fixing security issues. Hire java developers India are adept at bug detection and application testing. Additionally, node.js programmers are constantly updating their skills and knowledge so they can stay ahead of the latest tech trends.

Node JS is lightweight, making it ideal for small-scale assistance design. It is also highly scalable and offers better options than other JavaScript servers. However, this feature makes it less suitable for web development projects requiring a high number of concurrent users.

ExpressJS is not suitable for heavy-duty CPU applications. Long-running CPU tasks will slow down the entire server, which isn’t an ideal situation. Fortunately, ExpressJS supports cross-platform development. It can handle single-page mobile applications, as well as multi-page products for the web. The pros and cons of Node.js web app development are well-worth exploring!

The first step in hire nodejs developers india is to determine the skills they possess. Many developers lack problem-solving skills. If you hire a developer who can’t solve a particular problem, they’re unlikely to be able to learn new things and enhance their skills. You should also make sure they have a passion for learning.

Outsourcing software development to India Having an interview is also an important step in hiring the best Node.js developers. An interview can help you gauge a candidate’s attitude and how they approach problems. In addition to the interview, a company should be honest about salary and benefits.

Django has the advantage of a template system that speeds up development. However, Django requires a Python language to develop applications. Developers who are new to Django must spend time reading documentation and testing applications. Django is a better choice for developing full-stack applications. There are pros and cons to both frameworks, but if you’re new to the web, Django is probably the better option.

Performance is the primary difference between the two. Hire nodejs developers india, NodeJS has more benefits, but Django is more complex and takes more time to learn. Django is better for big projects because it can be easier to develop. Besides, NodeJS also has a larger community. NodeJS is more flexible and has a more robust community. It is easier to learn and cheaper, but Django has a better reputation among developers.

The most commonly used language for front-end development is JavaScript. By eliminating the need for two programmers, you’ll save time and money on the plugin development of your app. And it’s not just the front-end that benefits. It’s also important to consider the architecture of your site before using NodeJS.

While hire dedicated node.js programmers has many advantages, it’s still not the high performing popular back-end framework. You can also hire ethereum app development company. The upside is that Node is easier to learn and faster to develop than Java. Node also scales better with hardware. It’s best to use NodeJS if you can.

JavaScript specialists can work on full time project management both sides of the stack without having to switch contexts. This means that a single developer can handle both sides of the stack. This saves time and money. There’s no need to hire two developers for different tasks, and you can focus on building your app. In addition to saving money and time, Node allows for better server resource utilization. This is important for enterprise and startup companies alike.