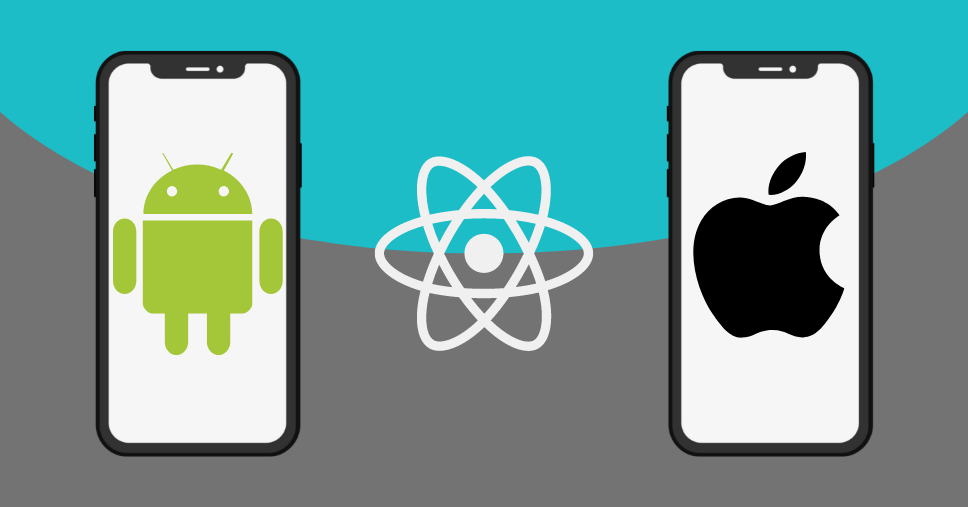 If you need to develop a mobile app for your business. You should hire the best React Native development services company to handle the project. The following companies provide top-notch services in this area. If you are looking for a top-notch app development company. Read on to learn more about the advantages of working with these firms. They have been delivering excellent solutions for a number of clients. They are also committed to excellence, delivering high-quality results on time.

What Is React? How It Is Useful In Web Development?

When you’re new to web development, you may wonder, “What is React?” This article will explain the basics of React, a library for web developers. In a nutshell. React is a flexible language that only renders the components of a page when they change. This makes the entire development process faster, and you can use it on any platform you wish.

If you’re considering mobile app development, there are several benefits to using React Native. This open-source technology makes it easy to write applications that run on different platforms. You can use one programming language to code for both platforms, reducing your overall project costs. You also won’t need a huge development team. So, you can save money on the costs of hiring a large team. Smaller teams are easier to communicate with and are more productive. React Native is the best choice for any project, especially when there are a lot of other factors to consider.

React Native allows developers to develop applications for both Android and iOS. Because it is based on JavaScript, React Native developers don’t need to learn new languages to create an app for one platform. React Native’s components map to native development components, which means that your application will run on both platforms. The code is also much shorter, and you’ll have less time to invest in learning new language syntax. Lastly, React Native allows you to use the same codebase to build mobile apps for both Android and iOS.

Scope Of A React Native Developer

If you’re wondering what the Scope Of A React Native Developer is, read on. It also includes the technical skills and required qualifications for a React Native Developer. Depending on the project, a React Native developer may also work with a team of other developers, web designers, and project managers. But regardless of whether you’re interested in working in a company or just doing freelance work. It’s important to understand the scope of the role.

While hiring in-house developers is a safe option. It doesn’t guarantee you’ll find the best developer for your project. It’s also risky, so you should think twice before hiring a React developer. Others hire ethereum developer who has evolved over the last decade, based on both geography and type of employment. Here are four ways to find the right React native developer.

Why Do Businesses Choose React Native?

There are many reasons why businesses should choose React Native as their mobile application framework. It’s fast, feature-rich, and affordable. And it’s compatible with a wide range of widgets. It’s also easy to maintain and scale. Many popular brands, including Facebook, Instagram, and Uber Eats, are using it in their apps. But why is it so valuable? How can it help your startup?

React Native offers cross-platform development. It allows code to be reused and rendered on multiple platforms without compromising the User Experience. With native code written for iOS, your app won’t work on Android. React Native offers different implementation strategies, including Redux. It’s also more efficient for small developers to find developers with experience in both platforms. The benefits of using React Native are endless. The following are just a few of them.

When you’re looking to create responsive websites, the Most Popular React UI Framework is probably one of your first options. Luckily, it’s very easy to get started with this powerful framework. You can learn more about this framework from this article. Here are a few of the top options. Each of these frameworks has its own benefits and drawbacks. Here’s a look at the Top React UI Frameworks.

The React UI framework provides a modern design system with tons of components, including hundreds of icons. These components are suitable for building complex, data-dense interfaces. For example, you can generate icons, interact with dates and times, and even pick time zones, among many others. With these components, you can create beautiful apps. And, since these libraries are open source, you can modify and improve them as needed.

Some Important Features Of React Native

The best developers should have a portfolio that reflects their abilities and personality. They should also have a statement outlining their philosophy, work experience, and qualifications. The resume should feature past work related to React Native. Hire mern stack developer who has extensive professional experience. This can help convince potential employers of their organizational skills and tangible React Native skills. Also, a LinkedIn page may provide references for past projects, which is helpful when evaluating potential hires.

One of the most important things to consider when hiring a company to develop your app is the expertise of the developers. Hire React Native developers with experience building mobile apps who will be able to deliver a high-quality app within your budget and timeframe. These developers are also well-versed in the ecosystem and can handle all phases of the development process, from ideation to delivery. These developers can help your business thrive.

If you want to hire the best React Native development services company, consider ucliktechnologies. The company focuses on the future of technology and its people. The firm’s experts carefully integrate your requirements into the app-making process. The result will be a custom-made mobile app, designed to meet your specific needs. If you are in the market for an app development company, contact them to discuss your project.

Unlike some other libraries, React does not enforce strict code conventions, so you can use it to build your own. For example, React allows you to create reusable bits of code, which you can use to build your application. React components may require input or return a rendered HTML element. They can be used as primary JavaScript functions, or they can be used as class components.

Allow Developers To Use The Same Codebase

Facebook has recently joined the React Native community. Its app enables car owners to easily control their vehicles using their smartphones. Its new features have received positive feedback from customers and the app is being tested in real-time. Instagram, Facebook, and Twitter are just a few of the apps made with React Native. The scope of a React Native developer is not limited to mobile applications. But it should include cross-platform development and testing.

The scope of a React Native developer is expanding rapidly. This framework allows developers to use the same codebase for both Android and iOS platforms, thereby reducing costs by up to 80%. React Native’s code-sharing features make it easy for companies to develop native apps for both platforms, which makes this type of developer in demand. But the demand for hire react developers is increasing rapidly. With this skill set, you can build your dream mobile app and make it a success.

Easier To Integrate With Other Platforms

The biggest benefit of React Native is that it is easier to integrate with other platforms. Because React Native is based on JavaScript. You can share the same codebase for both platforms, which saves time and money. You don’t need two development teams. This means you’ll be able to reuse 90 percent of the code you use. You’ll also be able to work with smaller teams because they’ll have access to the same code base.

Another important aspect is to hire the right developer. React Native developers can complement your existing development team. Choose someone with the necessary skills and understanding to complement your current team. This will be beneficial for both the business and the developer. If you want to hire a professional developer for your project, React Native developers can help you get the best results for your budget. If you need to hire a developer to create a React Native app for your website, consider hiring someone with experience and proven results.

The best way to get started with React Native is by learning the language. Most developers already know JavaScript, so learning React Native is relatively easy. Even if you don’t know much about the language, you can still hire a developer to help you. Moreover, React Native is open source, which means that you can access the documentation and contribute to it yourself. This allows you to save a lot of time and money on hiring experts.

The React library is optimized for cross-platform use and comes with extensive documentation. The base of this framework is free, and it comes with over forty components. It supports IE11, Firefox, Chrome, Safari, and Microsoft Edge. However, IE10 and below lack support for CSS Flexbox Layout. Lastly, you’ll need a server to host your application. For this reason, the Most Popular React UI Framework is React Native, which is available on all major browsers.

The Best React UI Framework is the one that makes the user experience seamless and effective. If you’re looking to build a mobile app, you may want to try MUI. It has an extensive library of components and almost unlimited customization possibilities. However, its documentation isn’t meant for beginners. The documentation doesn’t always keep pace with changes to the interface. You will need to learn some foundational HTML and CSS before you can fully utilize the framework.